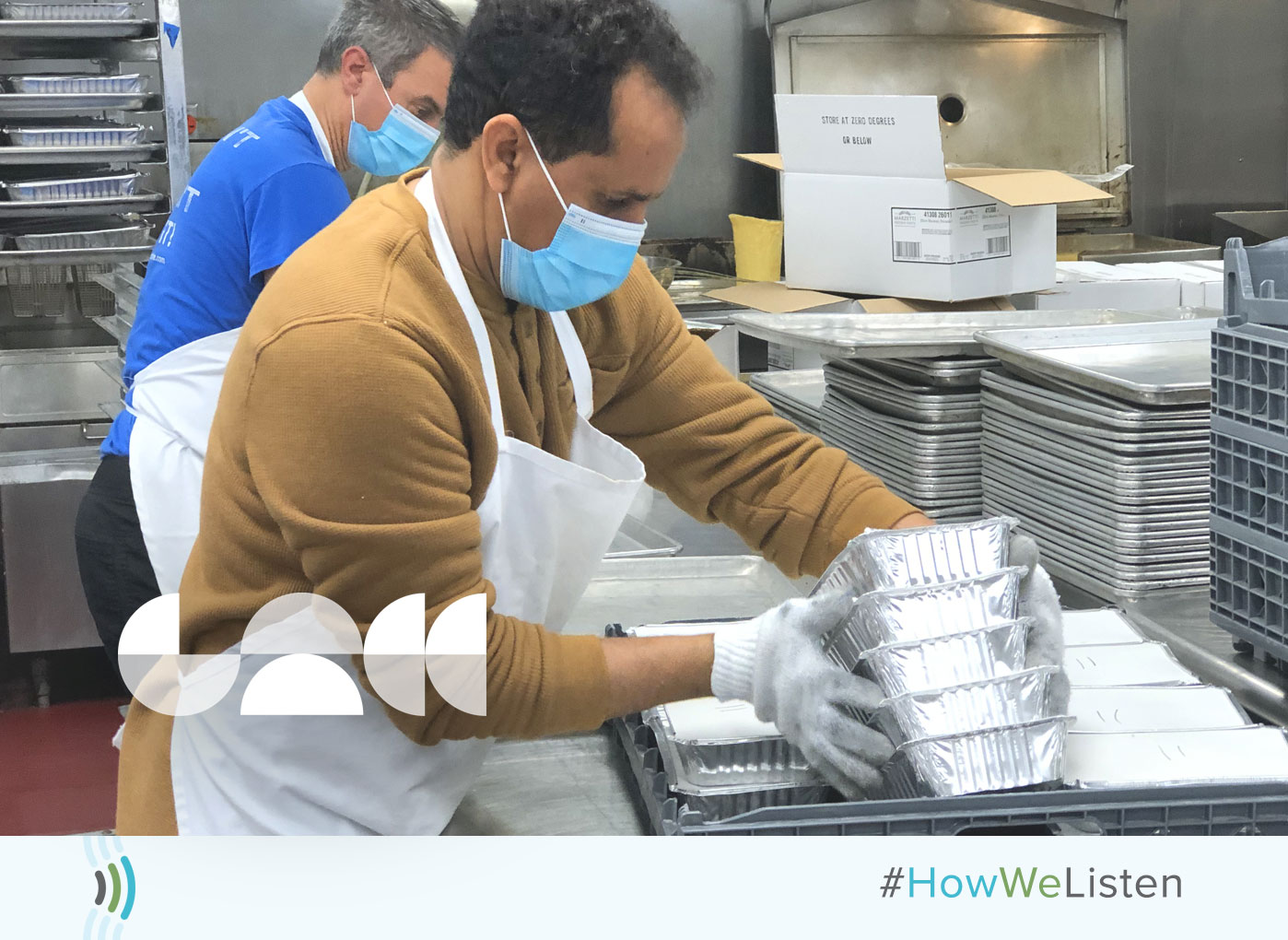 Over the course of its more than 115-year history, the Minnesota social-services nonprofit GMCC has had to pivot plenty of times to meet changing circumstances.

Last year, the organization, founded as Greater Minneapolis Council of Churches, had launched a prepared meal distribution effort in response to impacts of the COVD-19 crisis. But it quickly scuttled the new operation in response to what it heard from residents representing the area’s sizeable population of Somali immigrants. GMCC learned that many participants, because of their experiences with unsafe food at refugee camps, were rejecting cold and frozen delivered meals.

“It’s actually safer, not just easier, for us to deliver cold meals,” says Adrienne Dorn, GMCC’s executive director. “But we listened carefully and understood it was a matter of building trust and partnering around their experiences, so we changed our systems to deliver warm meals safely.”

Dorn says GMCC is intentional about being responsive in this way, and so considers the How We Listen section of the GuideStar by Candid profile “a welcome reminder.”

“It’s really valuable as a prompt to look at how we are listening, how we are responding,” she says. “You have to keep building that muscle to be the most effective.”

She says that listening muscle served GMCC well for a heavy feedback lift that ended with the organization recently deciding to change up a mentoring program, called Kinship Greater Twin Cities, it had run for 65 years. Feedback from surveys, focus groups, one-on-one interviews, meetings with local youth-development organizations, and a paid design team that included mentoring-program participants led to GMCC’s decision to overhaul the program to be more responsive and relevant.

“Kinship had made sense, but it was no longer the right model for the community,” Dorn says, noting, for example, that while 85 percent of the mentors were white, 85 percent of the mentees were youth of color. GMCC had tried to recruit more diverse mentors over the years, but it came to learn such changes around the margin just weren’t the answer. GMCC ended Kinship and, in consultation with community members, built a new program that includes a mix of tutoring, mentoring, and activities for kids and support services for parents.

“We didn’t just run a marathon without exercising first,” Dorn says of GMCC’s feedback process around Kinship. “We had experience listening, and that’s where How We Listen is valuable; it reminds everyone to keep exercising to stay healthy and ready for change.”