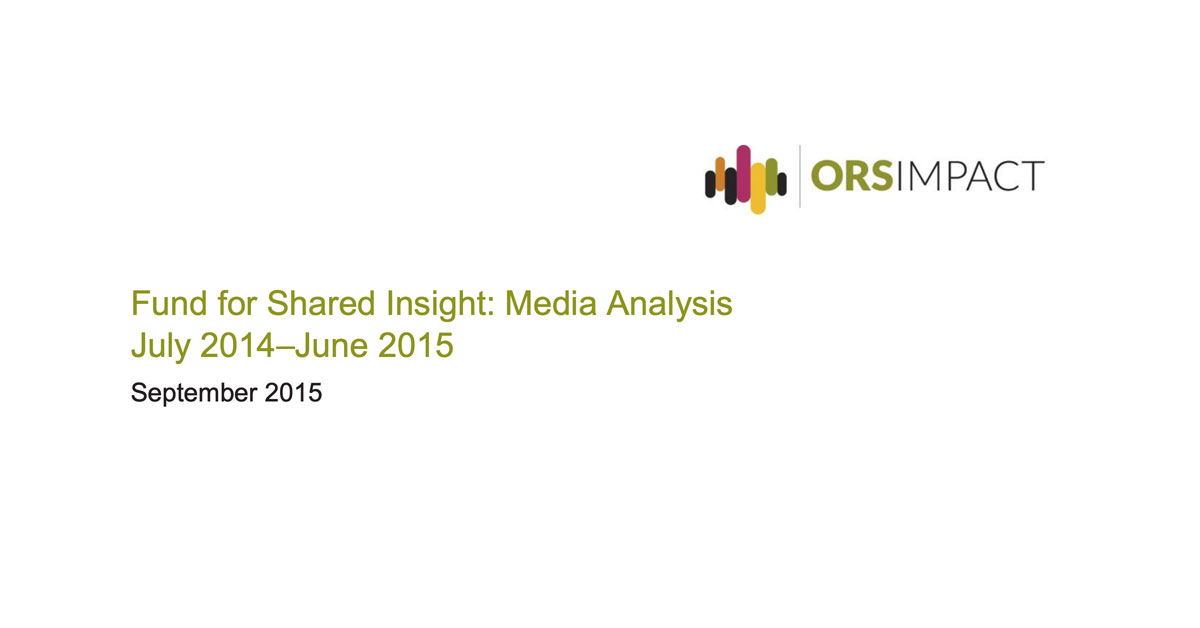 ORS Impact conducted a follow-up media analysis to see if there was any uptick in discourse on feedback loops and openness one year after Shared Insight’s launch. They reviewed relevant blogs, periodicals, and reports to assess changes over the timeframe from July 2014 to June 2015.