Listen for Good Co-Funders One Year In 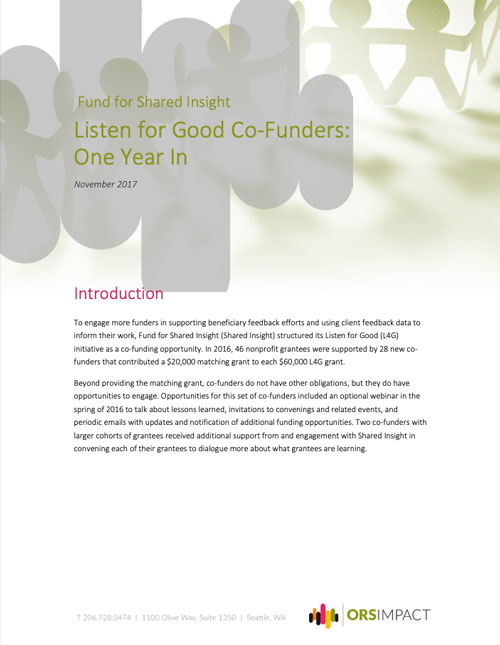 In September 2017, ORS Impact interviewed 16 Listen4Good co-funders who had nominated at least one L4G grantee the previous year. Staff at the foundations were asked about their experiences with L4G and their own foundation’s practices around feedback and listening to nonprofit clients. They were also asked for feedback to help inform Fund for Shared Insight on what would be useful for future co-funders. After laying out the findings, this ORS report offers four observations: