How Listening Mapped a Route for More Listening 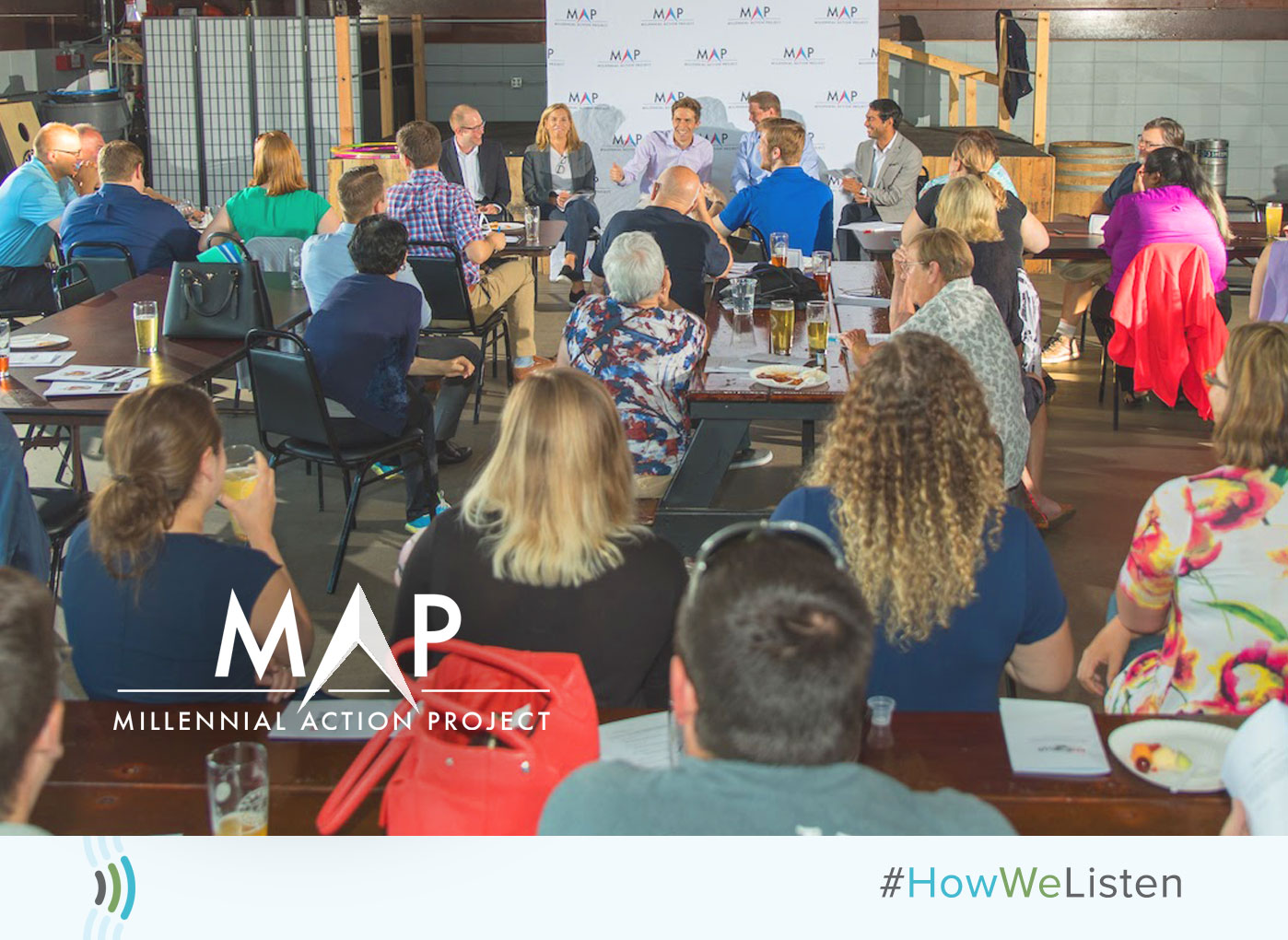 Layla Zaidane, president and CEO of the Millennial Action Project (MAP), says filling out the How We Listen section of her organization’s GuideStar by Candid profile felt “very meta.”

MAP, which works with young politicians, policymakers, and citizens to bridge partisan divides in service of collaborative solutions, starts its ethos statement with: “Listen first: Communicate openly and respectfully — make room for others at the table.”

Still, How We Listen gave MAP the opportunity to showcase how it is intentional about listening and feedback when it comes to developing programs and services and communicating with its constituents and partners.

A new “Red & Blue Dialogues” series MAP started last year was the first time the organization was directly connecting community members and legislators. Emailed surveys and focus-group feedback after each of the 10 events led to incremental changes throughout the series. By the end, it had shifted from a formal affair, with podiums for speakers and professional facilitators, to more casual round-table-like discussions led by newly trained community members.

The surveys were anonymous, but had identification codes so an individual’s responses could be tracked throughout the series. Zaidane says the feedback helped MAP improve the logistics — event set-up, registration, etc. —which led to participants reporting feeling more confident and engaged in the process. With the data and the experience, MAP created a toolkit to help other organizations, like church groups and college clubs, host dialogue series.

Zaidane says much of the iteration was made possible through the support and patience of the Einhorn Collaborative, which funded the Red & Blue series.

“There was a mindset there about learning, and we appreciated that because we kept tweaking the model based on honest feedback,” Zaidane says.