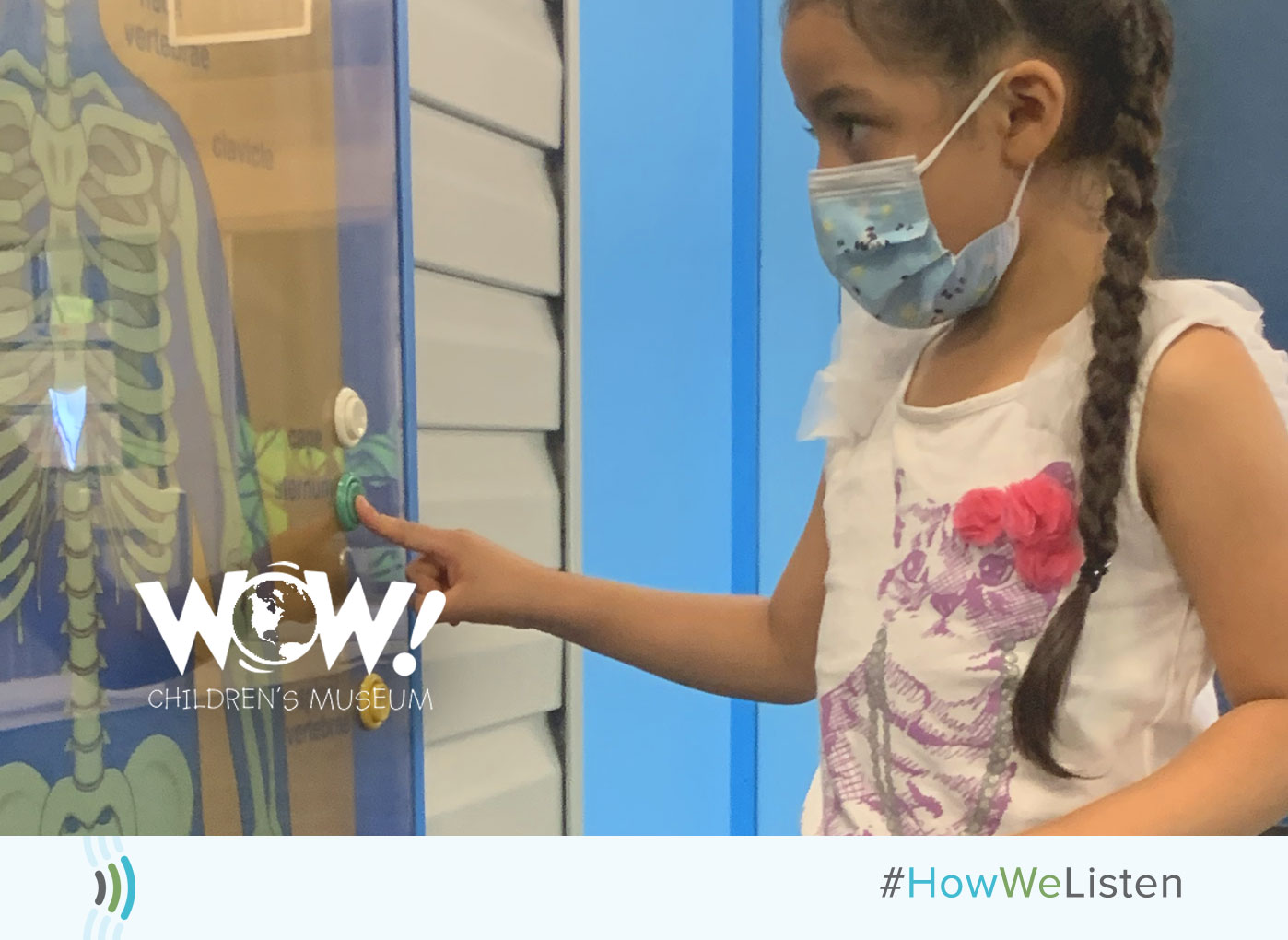 In March 2020, WOW! Children’s Museum, in Lafayette, CO, had to quickly close its doors because of COVID-19 restrictions. But that didn’t mean it shut out the families and communities it serves. Within weeks, WOW! emailed a survey, sympathizing about kids being stuck at home during the pandemic and asking how the museum could help.

The museum learned that caregivers were eager for short, pre-recorded virtual content, like story times, that they could download on their own schedules and were looking especially for programming for very young children.

“We were new at creating all this digital content, so we went to the experts first, the caregivers who could tell us what they wanted and what they weren’t getting elsewhere,” says Joanna Cagan, the museum’s executive director.

She says WOW! turned to the roughly 2,000 individuals and families on its email lists three more times in the last year, including to gauge sentiment about the health and safety precautions planned for the two times the museum was re-opening after county-mandated temporary closures.

Museum leaders say they are used to taking the community’s temperature, so to speak. As WOW! reported in the How We Listen section of its GuideStar by Candid profile, it ran a community needs assessment a few years ago to help shape its three-year strategic plan. The feedback prompted the museum to hire Spanish-speaking guest-services staff members and update all signs and exhibits to be dual language, English and Spanish. In response to interest in having space dedicated to very young children, WOW! raised money and created  Micro U, an exhibit and activity space exclusively for infants and toddlers.

“GuideStar is a very reassuring presence and resource for donors and funders,” Cagan says. “It’s important that we as nonprofits participate in, and are recognized for, the work we do toward fulfilling our mission.”

WOW! is back open and busy (even at its COVID-limited capacity), and Cagan is getting ready to collect more feedback from members, visitors, and people in the surrounding neighborhoods by honing her skills at a workshop on how to conduct online focus groups.

“We can’t jump into our next strategic planning without hearing from our community first,” she says, “even if we have to keep doing it virtually.”

How Listening Mapped a Route for More Listening