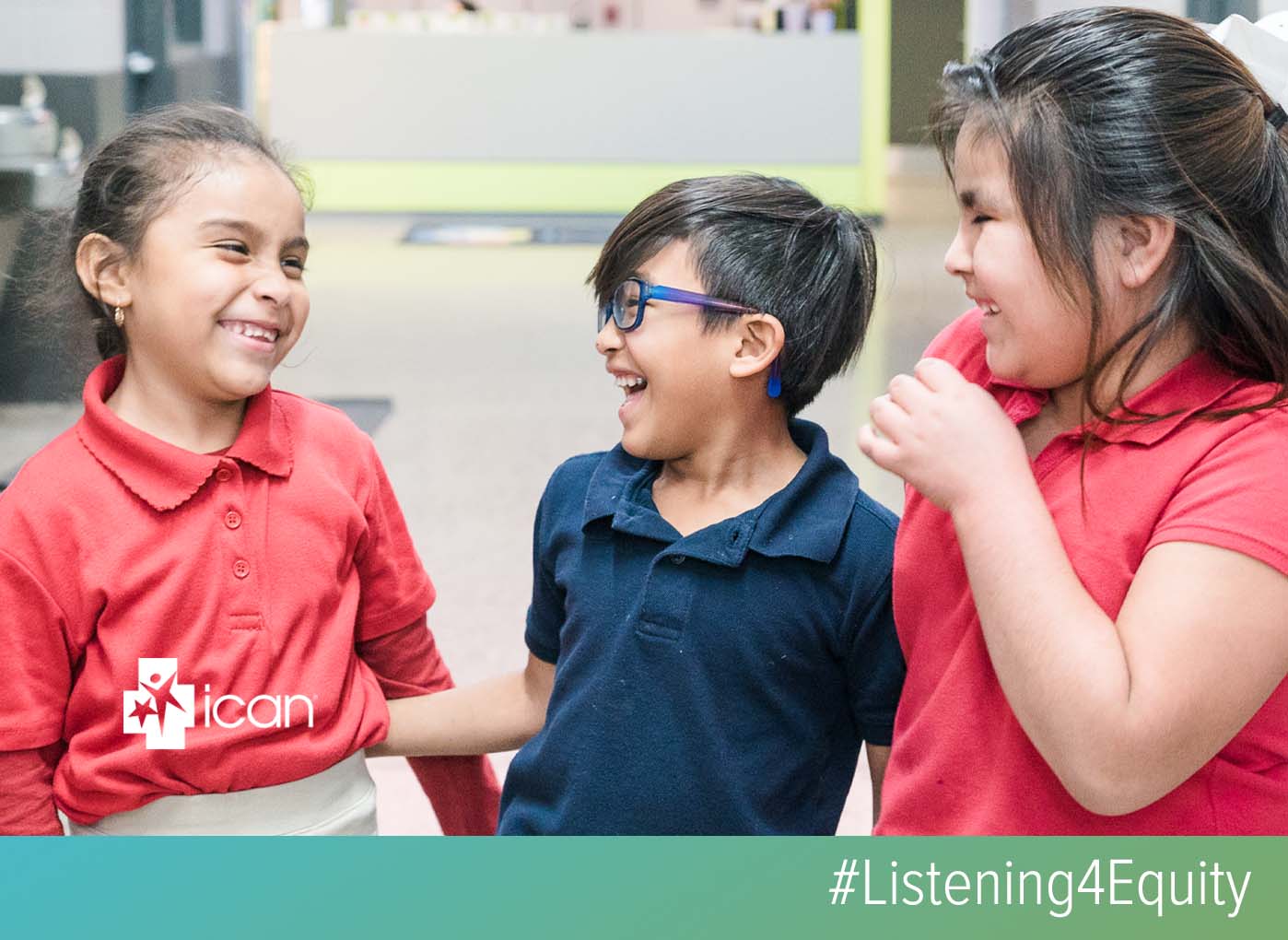 LaTroy Burras, a site leader for the Arizona youth-development organization ICAN, had just joined a new staff committee exploring issues of equity within the nonprofit. Describing himself as “a quiet person,” he says he sat at his first meeting and wondered what his impact — or the impact of even the entire committee — could possibly be. Then he thought about the students in his after-school program and how they had been voicing their opinions through ICAN Listens, a client-feedback process built through the organization’s participation in Listen4Good.

“When those surveys come out and we respond to them, the kids see that their voices matter,” Burras says. “I realized that I could be at the table. I could be involved in this, and my voice would matter, too.”

Following the murder of George Floyd in 2020 and other violence against Black men and women, ICAN’s leaders committed to developing equitable practices in pursuit of equitable outcomes in their own work. In an email to all staff, executive director Shelby Pedersen described ICAN’s Listen4Good work as “a wonderful set of practices we can learn from and adapt” to these broader goals. She announced plans to fully embed as an ICAN practice “closing the loop,” which means, she wrote, “that feedback is always followed up on.” And she said that the organization would start surveying not just youth and their parents, but employees and volunteers, too, so that everyone has a role in making “strong decisions.” Pedersen also turned to Alicia Perez, the staff member running ICAN Listens, to help lead a new Equity and Empowerment Task Force.

“We had been asking for feedback, building up a culture of feedback, and so we saw that as a foundation for moving along in this equity journey,” Perez says. “We were already changing the ways we were listening to kids and their families and so we had roots to grow from when everything really switched on” after 2020’s racial justice uprising.

Nine staff members, including Burras, volunteered to join the task force, which started, Perez says, with a lot of emotion, vulnerability, and brainstorming. A top goal, she says, is to expand on ICAN’s listening and feedback practices, especially around responding to and communicating with clients in order to create change and promote greater equity and inclusion in how ICAN delivers services.

Earlier this year, the task force recommended an action plan that includes securing resources for professional development around cultural competencies and equity, diversity, and inclusion; adopting a language guide and a commitment statement; and conducting a review to ensure equitable pay and benefits for all employees. Plans are already underway to start hosting listening sessions and to create a client advisory group made up of participating youth and their family members.

Burras says he’s pleased with the changes happening and believes ICAN Listens has been a good building block. Because of it, he says, the young people at ICAN get an important “we hear you” message; feel some ownership around the programs they attend; and have shown improved behaviors overall. During a recent medieval-themed week, students were working together to create board games and build cardboard castles, activities extended for an additional hour each because survey responses showed kids wanted to spend more time on hands-on and group projects.

“We might not be able to change the world, but we can change ICAN,” Burras says. “We can do the work to make sure we are listening, to make sure everyone has a part in decisions — and that builds up and into the work we are doing around equity.”